Credited as the father of the modern Conservative Party, Robert Peel is perhaps best known for his Tamworth Manifesto in 1834. The main aim of this document was to lay out Peel’s belief that the Party had to adapt to survive, which meant throwing its weight behind progressive social reforms such as enfranchising the working classes and agreeing to undertake reviews into the role of the Church. By moving towards the centre ground of British politics, without abandoning key conservative ideals, Peel was able to unite a divided Party, and go on to serve two terms as Prime Minister, as well as a distinguished run as Home Secretary, where he formed Britain’s first modern police force.
2. Winston Churchill

It would be scandalous if the wartime leader did not feature highly on the list. While his performance dipped dramatically in his second term, Churchill’s leadership and shows of strength were pivotal in securing victory for the allied forces. Dubbed by some as ‘the greatest Briton ever’, his remarkable Prime Ministerial period coupled with a favourable legacy wins him the number two spot.

As the longest serving Prime Minister of the twentieth century, not to mention Britain’s first female Prime Minister, Margaret Thatcher’s persona as the Iron Lady is instantly recognisable. Coming to power at a time when Britain was deemed the “sick man of Europe”, Thatcher is credited with turning around the ailing British economy, and ending the long series of recessions that plagued the United Kingdom. Under Thatcher, Britain returned to its former standing as a world power, with her handling of foreign affairs, especially with regards to the Soviet Union and the end of the Cold War, earning her plaudits the world over.

Perhaps now more than ever, it is important to celebrate Britain’s first and so far only Prime Minister of Jewish ancestry; Benjamin Disraeli, known for his skillful shaping of foreign affairs and empowerment of the working classes in wide reaching social reform, could be considered the founder of the much talked about “One Nation Conservatism”. Under his government, British Councils were given the ability to buy up and renovate slums within inner city areas, seen as the precursor to modern social housing, and guaranteeing an alleviation for those who lived in poverty, complementing the Public Health Act and the Factory Acts, considered the most important legislative social reforms in British history. Disraeli served as Prime Minister twice, battling Liberal leader Gladstone for the best part of two decades. 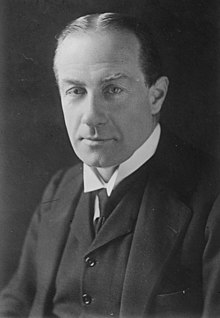 Despite serving three separate terms (under three different monarchs), Baldwin is forgotten from Prime Ministerial appraisals (we do a lot of them at KCLCA).  Baldwin ranks in fifth place on our list for carrying out sweeping social reforms such as greater unemployment insurance, a more effective pensions system and the expansion of private housing. Furthermore, he is one of a very select club of PMs who have won over 50% of the popular vote.