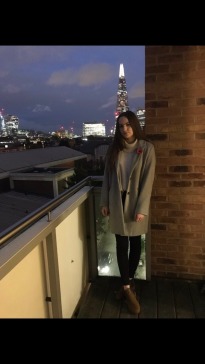 There’s too many man, too many many man. We need some more girls in here’ (no quotas but still vote for me please). Hey I’m Fleur, I’m from Norfolk and in the words of Sharpay Evans I’m fabulous (but not at eating garlic). Love Prosecco, David Cameron and your vote.

My name is Zewditu Gebreyohanes and, as a committed member of the Conservative Association, I am running for the position of First Year Representative. I am a team player, and if elected would work hard within the Committee, acting as a voice for the first-year conservative community. One of my priorities would be to encourage first-year students to join the Conservative Association and participate in debates and events organised by the Committee. My participation in four different Model UN conferences – during the last of which I was ambassador of the winning delegation – and my having been a long-lasting member of my school’s Debating Society have enabled me to develop my ability to debate, negotiate and work well with others. I hope, therefore, that you will cast your vote in my favour. 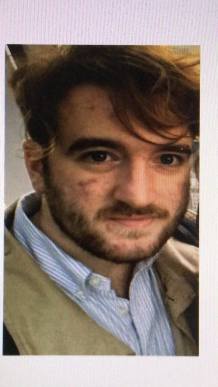 My name is Leon Solve Mossing Knudsen and I study international management and I want to become the KCLCA’s first year representative. Politics is my passion and I have already been a member of the Norweigian conservative party for 6 years. Back home I have held several positions as well as being employed in the party during our last election. I want to contribute to KCLCA, and I believe that I can with my extensive network of freshers, my ideological knowledge and my interest in politics. I am not afraid to out my own opinion and I look forward to working together with the KCLCA committee.

I am sociable and am not afraid of debates-even with virulent leftist crowds- both of which provides a great opportunity to attract a much larger supporter base. I was runner up in the 1st year representative election for my Law degree. I have a Lot of experience in Model United Nations including having won at Harvard Model United Nations. What do I believe in? NO identity politics! A free market economy! Not being afraid of tackling contentious issues including illegal immigration. Your first year representative must be someone sociable, so as to present the essence of the conservative ideal to a larger possible audience. It must be someone who is unafraid of pulling up his sleeves and having the uncomfortable debate with the utopic socialist in order to drill the idea of a free market successfully.

I’ve been a conservative as long as I can remember and have a passion for politics as a whole but especially conservatism as an ideology. I believe I can suit this role as I feel I can convince people to join to come to events, join the association and even join the Conservative party. I like to think I am approachable and friendly and that volunteering for the Conservatives during the 2015 election has helped give me the experience needed for the job. I believe that I will be effective at gathering ideas from the fresher membership, as well as coming up with my own allowing the association to continue to thrive in the future.

I’d like to open up this short statement by saying exactly what I mean – my name is Charles Wynne and I believe I’m the best candidate to represent your views. This belief is based on three reasons. The first, is that I believe representatives ought to be delegates – not trustees. If elected, it is my job to directly convey your views and ideas to the governing committee of the society. The second reason is that I recognise that failure in life and in politics is inevitable, but that overcoming is optional. To exemplify this, just two years ago, I worked on a building site with failed A-Levels, now I am at one of the country’s most prestigious universities studying my passion. Finally, and perhaps on a more animated note, I am simply a nice and fair person. Although this may appear as a cliché, I believe qualities such as this go a long way when aiming to represent a diverse range of views.